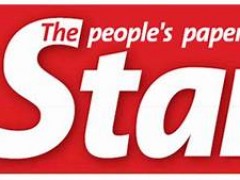 In a statement released by International Institute Of Islamic Thought And Civilisation (ISTAC), it said the project by ISTAC and the International Islamic University Malaysia (IIUM) was a joint collaboration between the Malaysian Press Institute (MPI), South-East Asia Regional Centre for Counter Terrorism (SEARCCT), Universiti Sains Malaysia (USM), and the US Embassy in Kuala Lumpur.

"It will also emphasise the PCVE sector in relation to Malaysia’s soon to be Malaysia’s National Action Plan on PCVE 2022 – 2026," said the statement.

“The feature length documentaries will be aired on Fat Bidin’s media partner Astro Awani. Currently, two documentaries have been produced, the hyperlocal YouTube channels are active and two special reports have come out on The Malaysian Insight and The Vibes.

"All mentees underwent a series of workshops and trained under different media and CVE players, such as Lina Tan from Red Communications and Thomas Koruth Samuel from UNDP.

"The campaign is spearheaded by Zan Azlee and Sheril A. Bustaman, who are the mentors and producers for all the programmes under the campaign.

"Registered participants of the event consist of various stakeholders, journalists, social media users with those in academia and research, practitioners, civil society, and policy makers in mind," added the statement.

Elaborating on mycveguide.com, Ganeson said the web-portal will be a closely linked new eco-system of security and public safety in Malaysia that will be launched by National Action Plan for Preventing and Countering Violent Extremism (NAP PCVE) in April.

"It is meant to provide original content as well as secondary sources such as news, webinars, training, engagements, research, and resources.

"It will also serve the role of a style guide to help educate journalists to responsibly report or write on violent extremism (VE) and terrorism," he said.