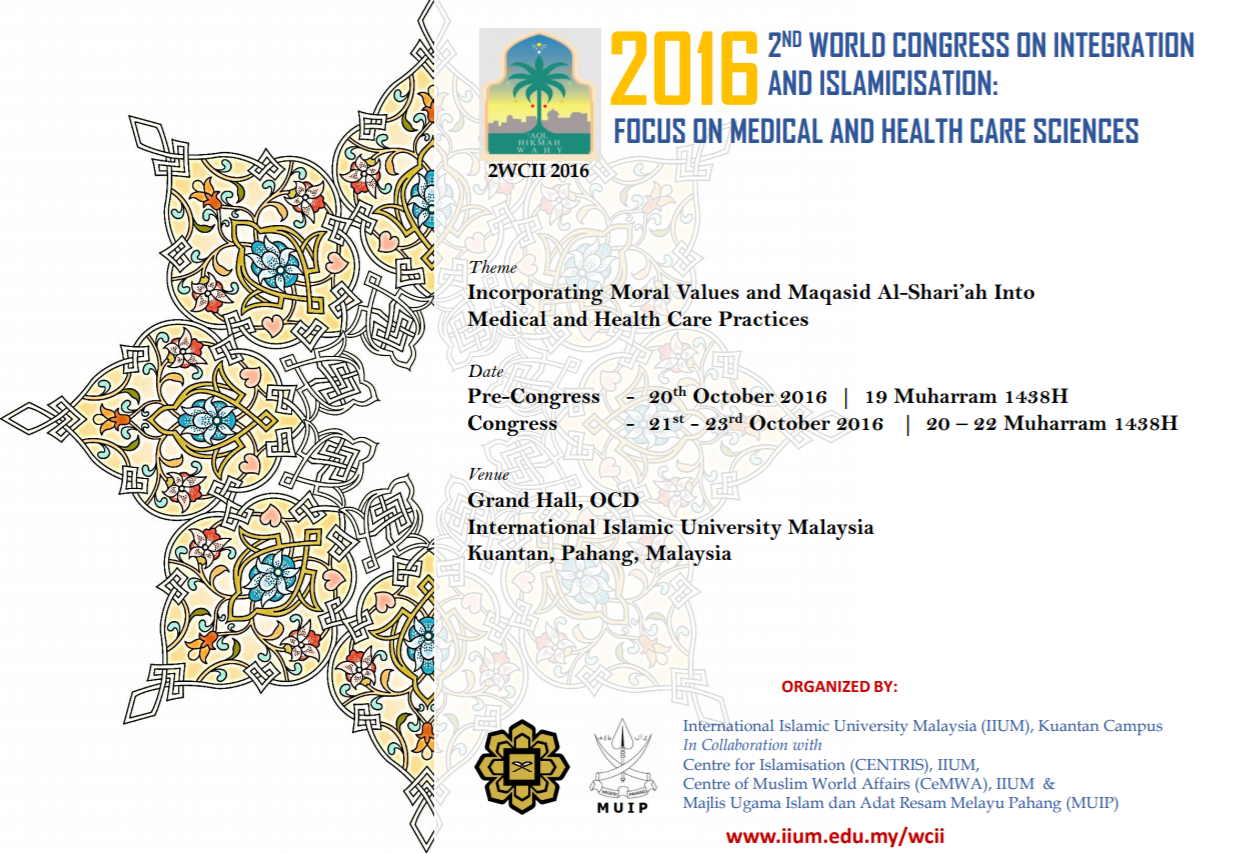 In 2013 IIUM initiated and organized the First World Congress on Integration and Islamizisation of Acquired Human Knowledge which covered all the branches of knowledge. The theme of the Congress was “The Need To Apply The Paradigm Of Tawhid As An Alternative To The Secular Paradigm”. It was supported and attended by the second Rector of IIUM, Dato’ Emeritus Professor Dr. AbdulHamid AbuSulayman and many well-known international Muslim scholars in different disciplines. The university has decided to hold the Second Congress in 2016 in the Kuantan Campus in Pahang, Malaysia on 21st until 23rd October 2016, with the intention to focus on medical and health-care sciences.

The theme of this 2nd World Congress is the application and incorporation of moral values and the Maqasid al-Shari’ah (high objectives of the Divine Code of Life) into medical and health care curriculum and practices. The Congress also would like to introduce to the world and show-case the brand-new IIUM’s own teaching hospital in the beautiful Kuantan campus, adjacent to the university mosque. The organizing committee hopes to bring 300 presenters and participants to address the need to re-moralize and re-Islamicize certain aspects of contemporary medical and health-care sciences which are derived purely from the secular humanistic paradigm and have become a source of moral concern among Muslim scholars as well as some non-Muslim scholars who are familiar with the shortcomings or defects in the conventional secularized systems and practices. The proceedings of the Congress would be in Arabic, English and Malay-Indonesian languages. The theme for this symposium is “Incorporation of Moral Values and Maqasid Al-Shari’ah Into Medical and Health Care Practices”.