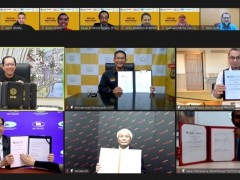 This partnership is established with a sealed agreement from the Collaboration Research Agreement, signed by Prof. Emeritus Tan Sri Dato’ Dzulkifli Abdul Razak, Rector of IIUM and Zulkarnain Hasan Basri, CEO of Nippon Muslim Corporation. The agreement is also witnessed by Prof. Dr. Ahmad Faris Ismail, Deputy Rector of Academic & Internationalization, IIUM and Kimata Afiq, Director of Nippon Muslim Corporation. In conjunction of the partnership, it has also created a new goal for IIUM whereby an initiative between a non -governmental organization (NGO) Hidayah Center Foundation. The inspiration is in line with HDC mission which was to establish and to cultivate the beauty of Islam, to correct misconceptions about Islam and to empower new brothers. Both collaborations from Nippon Muslim Corporation and Hidayah Center Foundation also produced a new direction for the future Muslims in Malaysia and Japan. In line with this mile stone, Kulliyyah of Languages and Management (KLM) as the champion in the collaboration has moved forward to propose a new Japanese degree course for student to join. This mission has achieved one of its aims whereby KLM students have won the da’wah championship between centers in the form of various languages from local to international. This achievement has profoundly depicted that KLM, IIUM is prepared for a more creative majors regardless of different languages or cultures. 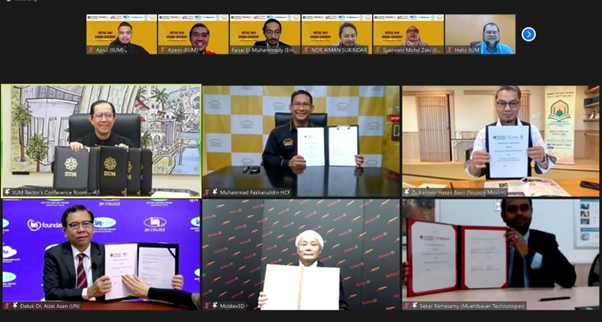 These students will be able to educate each other’s with Islamic values building unity, diversity, comprehensive understanding about Islam and preaching the right way of promoting da’wah in Japan with competent preachers from the country of sunrise, Japan. Not only focusing on the idea of da’wah, IIUM also has intended the alliance with the educational purposes. It is a milestone from IIUM to have students sharing knowledge, experiences, cultural, values and through the enhancement of intercultural, it will form a stronger ummah and determination in achieving respective aim and goals through these partnerships. Thus, IIUM is forming an allegiance with the Islamic Japanese community as to wider the horizon of education in Malaysia as well as creating a creative learning process for both parties where mutualism occurs from these partnerships.