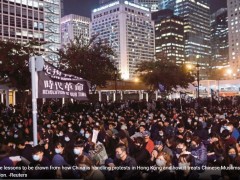 It was refreshing to read last week (NST, Dec 9) an official view that China “always protects‎ freedom of religious beliefs” — and, hopefully, practises too.

The latter, often are better testimonies of the former, as “seeing is believing”.

And that coming from the citizens involved are better than sponsored “delegates”. I have been to China several times as an academic‎ and a student curious to learn from wherever my career takes me. I was in China during the days when things were in shades of grey — buildings, clothings, food, the mood and ambience. The Mao-suit then was more popular than the branded Westernised version nowadays. Then, discussions were on the Revolution of 1949 and how many looked back with certain pride and some trepidation.

English was unheard of, so were conversations on religious matters. Ideologically, the communists do not believe in the worship of God. They “worship” the Communist Party instead. One could almost feel the uneasiness when related topics were brought up during small talk.

The sense of fear not to toe the line was apparent. Believers are expected to take Chinese names and their practices were in many ways limited, if not supervised by party officials. Those were the days that are fresh in my mind.

Admittedly, some of these have changed recently, especially the materialistic and outward aspects. Not so much the spiritual and religious dimensions. In this sense, ‎the level of freedom of religious beliefs remains if not deteriorated as in several cases. The most impactful is the use of “halal” logos, which were once prominently displayed, including the Arabic version.

Today, this is reportedly scarce, leaving those looking for halal food in a predicament that interferes with their freedom to practise their dietary preferences; at times linked to their religious beliefs. It is a contradiction to the claim that China always protects freedom of religious beliefs. If this “small” freedom of choice is vulnerable, what can be said about the more serious ones?

On the point that weighs against so-called terrorists — ‎it is important to note that “terrorists” is a relative term. To those who sympathise with terrorists, “freedom fighters” is the preferred and more accurate choice.

The late president Nelson Mandela was a terrorist to the whites in South Africa, but a freedom fighter to the blacks and most of the world that abhorred blatant oppression. Likewise, the Dalai Lama, to the Tibetans, Buddhists and peace-loving people in general.

Indeed, the communists were “terrorists” during the decades of the Malayan insurgency. For the thousands who were terrorised by them, the sentiment stays until today, even when they are dead and gone, and what’s left of them are mere ashes. Arguably, the fact that the ashes need to be brought back speaks volumes about the hypocrisy attached to the said label.

Notwithstanding, just because a terrorist died, it does not mean that his ideology has died too. Just because the insurgency ended, it does not guarantee that it cannot be revived. What is more when recently, there was a report on a local gathering in support of communism. Or more recently, an ideologically-laced comic book distributed freely to schools without being authorised.

Stretch all these collectively to the logical conclusion — some forgotten terrorist groups may spring to life again. What with some clandestine backing from ambigious vested interest that has failed before.

Prime Minister Tun Dr Mahathir Mohamad, at one point, reminded us about neo-colonialism when he was speaking in China. The reminder is instructive because the same argument could be extended to all cases, including that of China. In any case, the six-month protests in Hong Kong unfolding right in front of the eyes of the world pose many mind-boggling contradictions. ‎Can this happen in any of the Muslim majority regions, where people can peacefully exercise their freedom like in the early days of the Hong Kong protests?

If not, what happened to the “always” claim of protecting freedom ‎of religious beliefs when some felt that they have somehow been suppressed, if not oppressed, for years? To put it in another way, will the Hong Kong population be vulnerable to mandatory special “training centres” of sorts similar to what the Muslims are being subjected to?

If not, why discriminate one against the other in the same country despite allowing a different so-called system of autonomy? There are a plethora of lessons to be drawn from the Hong Kong issue, bearing in mind that millions of Chinese Muslims are entitled to similar rights without undue harassment and prejudice. Why the difference?

Again, Dr Mahathir has the last word when asked why no Muslim leaders dare to stand up to China. He responded to the effect that China is a powerful country. Implying that might is right‎, which is perhaps the “real” truth that goes unsaid.

The writer, an NST columnist for more than 20 years, is International Islamic University Malaysia rector

Mahallah and Kulliyyah to work together to benefit residents

CONGRATULATIONS ON THE BOOK "SPIRITUALITY AND SUSTAINABILITY